Lister JP2. 21hp @ 1200rpm, A very late example of this engine model having been produced a few years after the main production run had cease.  Originally supplied by Lister's agent in Belgium and is badged to show this, the small crankcase doors normally show R.A Lister and Co Dursley, England however this engine shows its early life stating STE Lister, Landen, Belgique on its side plate. 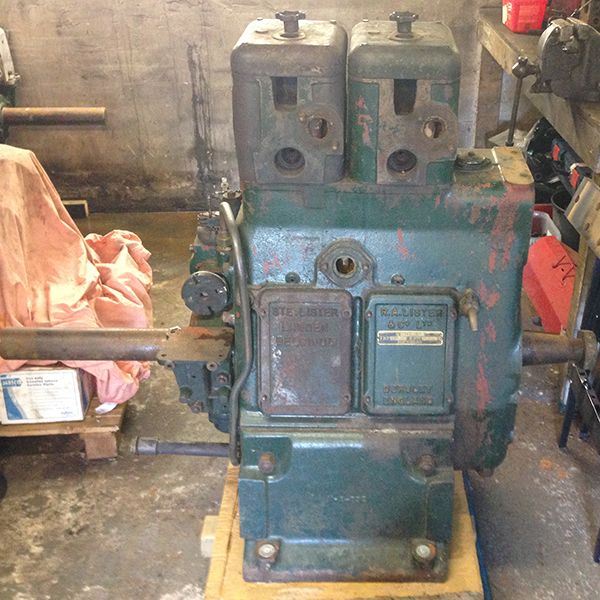 We have 34 guests and no members online